21 reasons why Colombia should be your next holiday destination

1. It’s turned over a new leaf

Long synonymous with cocaine cartels, kidnappings and corruption, the last two decades have seen Colombia evolve from failed narco state into one of Latin America’s brightest stars. The 1993 death of drug lord Pablo Escobar began this revival, which reached a new milestone this week with the signing of a peace deal between the government and Farc rebels, ending what was the longest-running war in the Western Hemisphere.

The capital remains rough around the edges – the old town is not a place to be wandering around at night – but these are exciting times for this resurgent city. New restaurants, boutique hotels and craft breweries are springing up across Bogota, as local entrepreneurs capitalise on the country’s newfound peace. Meanwhile, the city’s tour guides offer edgy sightseeing excursions on bike and foot, which cover everything from architecture to politics.

3. Medellin is on the map

“Hello, welcome to our city,” shouted a passer-by, as I walked through Medellin recently. “Thanks for coming.” Such greetings are not uncommon in Colombia’s second city, which until recently was ground zero in the war on drugs. The memories linger, but Medellin is a city reborn: art, tourism and an impressive new cable car network have helped reverse the fortunes of this rambling metropolis, which, in 2013, was voted the world’s most innovative city. 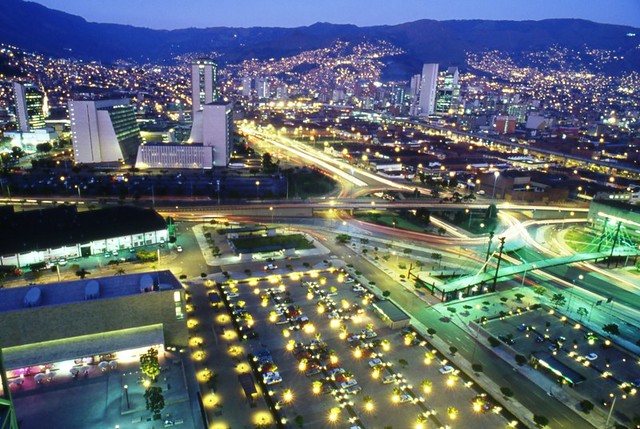 4. The street art is exceptional

Bogota’s decision to decriminalise graffiti in 2011 marked a creative new epoch for the city, whose flyovers, office blocks and municipal walls became canvases for some of the world’s best-loved street artists. Tours of the city bring context to some of Bogota’s most famous murals, which are potentially under threat: the new mayor is launching a crackdown on graffiti.

Street art in #Bogota. Local creatives are given a free rein to paint the city, which is effectively an open-air art gallery.

The jewel in Colombia’s crown, Cartagena is one of the most exquisite colonial cities in Latin America. Nestled on the Caribbean coast, its beauty belies an ugly truth: that it was built on gold and slavery. Still, it remains an exceptional destination; a place where colourful blooms spill from ornate balconies; where lovers watch sunsets from the city walls; where horses and carts clatter through the streets; and flash mobs dance in pretty plazas.

Constructed some 650 years before Peru’s Machu Picchu, Ciudad Perdida was only rediscovered in 1976. Little wonder it remained lost for so long: this ancient city is hidden in dense jungle atop the Sierra Nevada de Santa Marta, a six-day hike from the nearest town. Trekking to the ruins of this mysterious city is one of Colombia’s most rewarding adventures, but not for the faint-hearted.

7. You can dance in all-night salsa clubs

The southern city of Cali has the honourable distinction of being Colombia’s salsa capital. The local clubs are centred around the Barrio Juanchito and tend to start warming up in the early hours of the morning. Dress sharp and expect to be swinging your hips till sunrise.

8. There is magic in Mompox

Owing to its relative inaccessibility, Mompox has largely been bypassed by tourists, but it’s well worth making an effort for. Not only is this sleepy city a place of beauty, with its well-preserved architecture and riverside location, but it was also the inspiration behind Gabriel Garcia Márquez’s magical realism novel, One Hundred Years of Solitude, whose wonderful prose haunts its streets. 9. The coffee couldn’t be fresher

Finding a good cup of coffee can be surprisingly difficult in Colombia: despite being renowned for its beans, most of the good stuff is exported. Happily, connoisseurs are helping reinvent the national drink in the major cities, while the Zona Cafetera, where most of the country’s beans are produced, is always good for a brew.

Colombia’s exotic fruits are a highlight of any trip to the country. Head to a local market and sample the colourful cornucopia of fruits on display: from gorgeous guavas and delicious dragon fruits to zingy zapotes and luscious lulos, getting your five-a-day has never been easier.

Look at the size of those melons. One of the many fruit vendors in old town #Cartagena.

The quiet, colonial city of Zipaquirá, a short drive (or train trip) from Bogota, is home to one of Colombia’s most popular attractions: an underground salt cathedral. Opened in 1954, this church was hewn from the town’s subterranean salt deposits and was traditionally used by miners. Today it is a pilgrimage site for many Catholics.

The figurative painter and sculptor, Fernando Botero, is famed for his satirical works, which feature oversized subjects in exaggerated form. His sculptures can be found scattered around his hometown, Medellin, where he also has a permanent collection in the Museum of Antioquia. The Botero Museum in Bogota boats arguably the best collection of his works, much to the chagrin of Medellin.

Yes, it’s touristy, as the name suggests, but this heritage railway offers a unique perspective on Bogota and the surrounding countryside. Departing Sabana Station every Saturday and Sunday, the service offers an eye-opening trip through the Colombian capital – from the poor northern neighbourhoods to the well-healed southern suburbs – before arriving at Zipaquirá, where passengers can disembark for the salt cathedral. It might look like a marvel of Mother Nature, but Guatape Lake is actually the result of a controversial dam, which irked many people who lived in this region. Ethics aside the result is rather beautiful and best observed from the top of La Piedra (The Rock), a nearby hill whose summit is accessed via a 650ft ornate staircase. Mercifully, there’s a bar at the summit where you can reward your labours with a Colombian-style michelada (a cocktail comprising cold beer, fresh lime and salt).

It might look like a marvel of Mother Nature, but Guatape Lake is actually the result of a controversial dam in #Colombia

15. It has one of the world’s biggest carnivals

The most important event in Colombia’s calendar, Barranquilla Carnival is one of the biggest of its kind, giving the likes of Rio a run for its money. Taking place 40 days before Holy Week, the jamboree sashays on for four intensely hedonistic days, when the streets are filled with parades and parties. The sultry carnival is a big draw for tourists, who are warmly received by locals

16. And one of South America’s prettiest national parks

A protected area in Colombia’s northern wilderness, Tayrona National Park has all the attributes you want from the Caribbean – swaying palms, sandy beaches, limpid lagoons and the like – but there’s a dangerous and rugged beauty about this coastal reserve, which is refreshingly free of development.

17. The diving is stunning 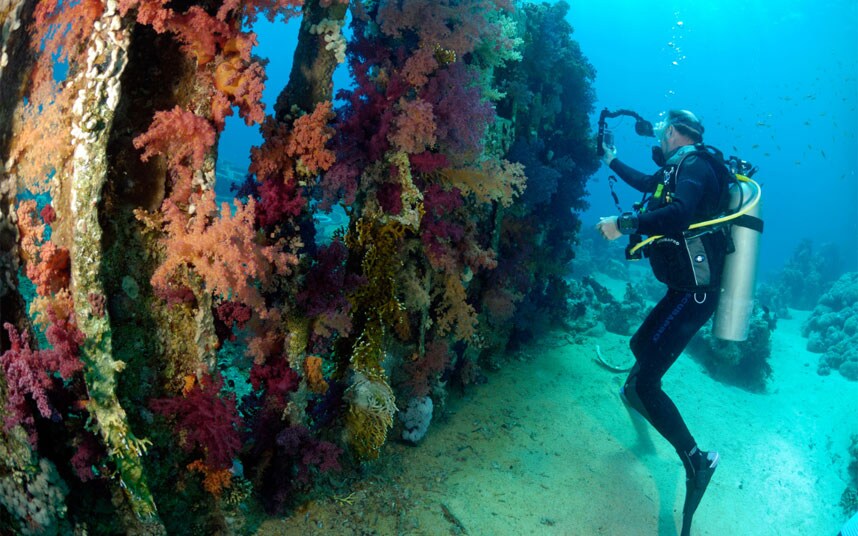 18. The Amazon is never far away

The Amazon basin covers almost one-third of Colombia’s territory, and few experiences can beat an excursion into this vast jungle. Boat trips depart from Leticia, in the Amazonas region, to the nearby Amacayu National Park, which abounds with stunning bird life and indigenous tribes. 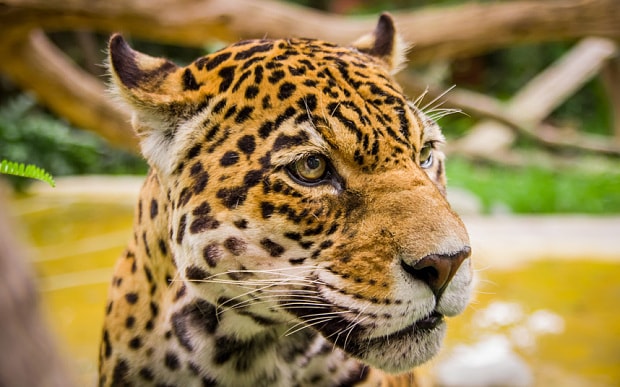 19. You can open the door to Escobar’s home

Proving that crime does sometimes pay (but inevitably catches up with you), Pablo Escobar built a sprawling ranch in Puerto Triunfo, which included a lavish house, motor museum and zoo, complete with elephants, giraffes and hippos. After Escobar was killed by police, most of the animals were relocated to Colombian zoos, while his ranch was turned into a bizarre theme park, which includes a small museum about the demise of the drug baron. And the hippos? They still roam the town, much to the annoyance of locals.

20. It’s has the world’s longest climb

Widely regarded as the longest cycling climb in the world, the Alto de Letras is a punishing 80km ride that climbs some 3,700m into the mountains where the air is thin. No wonder Colombians make such good cyclists.

21. And the epic Las Lajas Cathedral 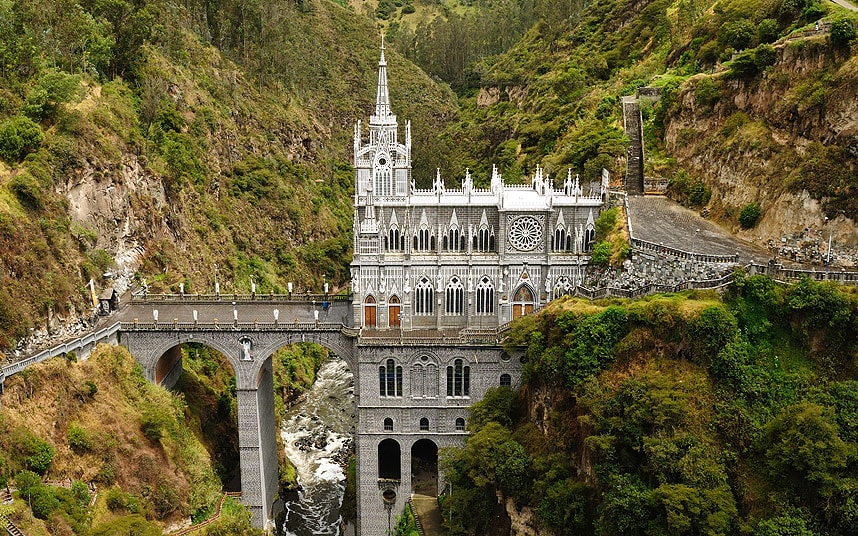 One of the most spectacular structures in Colombia, this exceptional church in Ipiales was built in the canyon of the Guáitara River, which, though an inconvenient place to construct a church, yielded spectacular results.